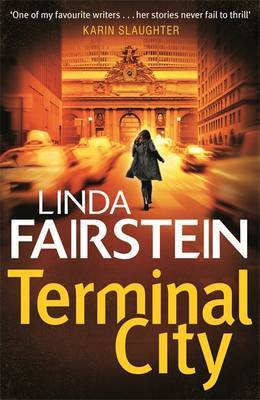 When the body of a young woman is found in a suite at one of the most prestigious hotels in Manhattan, Assistant DA Alex Cooper and Detectives Mike Chapman and Mercer Wallace find themselves hunting for an elusive killer whose only signature is carving a carefully drawn symbol, which bears a striking resemblance to train tracks, into his victims' bodies. When a second body with the same bloody symbol is discovered in a deserted alleyway next to the Grand Central Terminal building, Alex and Mike must contend with the station's expansive underground tunnels and century-old dark secrets to find a killer who appears to be cutting a deadly path straight to the heart of the city ...International bestselling author Linda Fairstein returns with a breathless, explosive thriller exploring the dark side of New York City, as only she can.

For three decades, Linda Fairstein served in the office of the New York County District Attorney, where she was Chief of the Sex Crimes Prosecution Unit. In 2010 she was presented with the Silver Bullet Award from the International Thriller Writers.