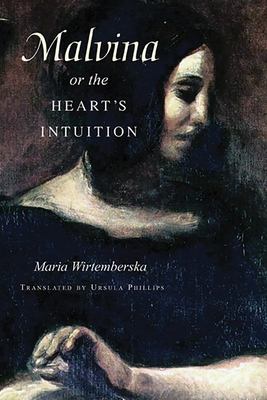 Malvina, or the Heart's Intuition

First published in Warsaw in 1816, Malvina, or the Heart's Intuition has been largely--and unjustly--ignored by the Polish literary canon. Ingeniously structured and vividly related by a Tristram Shandy-esque narrator, Maria Wirtemberska's psychologically complex work is often considered Poland's first modern novel. This splendid translation by Ursula Phillips should restore Wirtemberska to her rightful place in the literary pantheon while providing fertile new ground for the study of the international development of the novel.

The romantic story of the young widow Malvina and her mysterious lover Ludomir, Malvina combines several literary styles and influences--from the epistolary to the Gothic. Nobel laureate Czeslaw Milosz argues that Malvina is quintessentially a sentimental novel--a model of the genre whose chief aspiration is to promote a change in sensibility and inspire new forces of feeling and imagination. For this reason Wirtemberska may be compared to her English contemporary, Jane Austen. A work of genuine artistic daring and sophistication, Malvina, or the Heart's Intuition has been overlooked by critics for too long, and readers have been denied the pleasure of reading one of literature's major landmarks--until now.