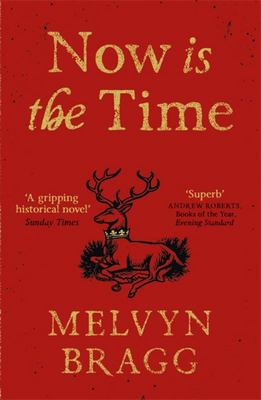 Now is the Time

In this gripping novel, Melvyn Bragg brings an extraordinary episode in English history to fresh, urgent life. At the end of May 1381, the fourteen-year-old King of England had reason to be fearful: the plague had returned, the royal coffers were empty and a draconian poll tax was being widely evaded. Yet Richard, bolstered by his powerful, admired mother, felt secure in his God-given right to reign. But within two weeks, the unthinkable happened: a vast force of common people invaded London, led by a former soldier, Walter Tyler, and the radical preacher John Ball, demanding freedom, equality and the complete uprooting of the Church and state. And for three intense, violent days, it looked as if they would sweep all before them. Now is the Time depicts the events of the Peasants' Revolt on both a grand and intimate scale, vividly portraying its central figures and telling an archetypal tale of an epic struggle between the powerful and the apparently powerless.

A gripping historical novel ... his moving portraits of Tyler and Ball, their utopian hopes for England betrayed and destroyed just as they themselves are doomed to be, give Now Is the Time its real backbone and intensity. -- Nick Rennison The Sunday Times Bragg lifts the bare facts of England's largest uprising and transforms them into a high-speed adventure, told from the alternating perspectives of the key players. Readable and pacy Zoe Apostolides, Financial Times A beautifully written novel, combining modern insight with historical authenticity, and it is spellbinding. Kate Atherton, Sunday Express Bragg excels at conjuring the wealth and squalor of late 14th-century London ... it's impossible not to be caught up. Daily Mail Bragg brings his historical characters vividly to life and conveys a real sense of the appalling disparity in living conditions. The novel gathers unstoppable pace as the original poll tax uprising hurtles towards its brutal and unedifying conclusion. Simon Humphreys, Mail on Sunday A vivid and surprisingly tender tribute to one of the wildest moments in Plantagenet history. Dan Jones, The Times Fast and entertaining - the excitement of a city about to blow up like a barrel of gunpowder is more than palpable - and the period brought to life with visceral minutiae. Lucy Scholes, Observer

Melvyn Bragg is a writer and broadcaster. His novels include The Hired Man, for which he won the Time/Life Silver Pen Award, Without a City Wall, winner of the John Llewellyn Rhys Prize, The Soldier's Return, winner of the WHSmith Literary Award, A Son of War and Crossing the Lines, both of which were longlisted for the Man Booker Prize, A Place in England, which was longlisted for the Lost Man Booker Prize, and most recently Grace and Mary. He has also written several works of non-fiction, including The Adventure of English and The Book of Books: The Radical Impact of the King James Bible 1611-2011. He lives in London and Cumbria.