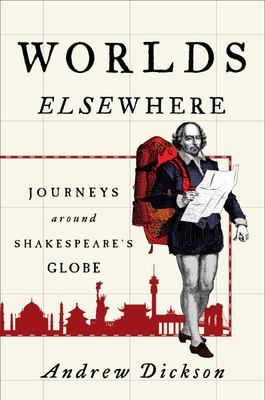 Ranging ambitiously across four continents and four hundred years,Worlds Elsewhereis an eye-opening account of how Shakespeare went global. Seizing inspiration from the playwright's own fascination with travel, foreignness, and distant worlds--worlds Shakespeare never himself explored--Andrew Dickson takes us on an extraordinary journey: fromHamletperformed by English actors tramping through the Baltic states in the early sixteen hundreds to the skyscrapers of twenty-first-century Beijing and Shanghai, where "Shashibiya" survived Mao's Cultural Revolution to become a revered Chinese author.

En route, Dickson traces Nazi Germany's strange love affair with, and attempted nationalization of, the Bard, and delves deep into the history of Bollywood, where Shakespearean stories helped give birth to Indian cinema. In Johannesburg, we discover how Shakespeare was enlisted in the fight to end apartheid. In nineteenth-century California, we encounter shoestring performances ofRichard IIIandOthelloin the dusty mining camps and saloon bars of the Gold Rush.

No other writer's work has been performed, translated, adapted, and altered in such a remarkable variety of cultures and languages. Both a cultural history and a literary travelogue,Worlds Elsewhereis an attempt to understand how Shakespeare has become the international phenomenon he is--and why.

Shakespeare's innfluence on theatre is well known, but what was his influence on the world and, conversely, the world on him? Writer Andrew Dickson travels between 4 continents to further understand this phenomenal playwright and his surprisingly far-flung influences in places such as Nazi Germany and with people like Nelson Mandela. A must for any Shakespeare buff or Bardolator - Elisa, Book Grocer