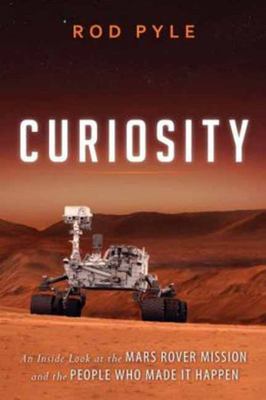 The story of the people who designed, built, launched, landed, and are now operating the Mars rover CuriosityAward-winning science writer Rod Pyle provides a behind-the-scenes look into the recent space mission to Mars of Curiosity--the unmanned rover that is now providing researchers with unprecedented information about the red planet. Pyle follows the team of dedicated scientists whose job it is to explore new vistas on Mars. Readers will also join Curiosity, the most advanced machine ever sent to another planet, on its journey of discovery. Drawing on his contacts at NASA and the Jet Propulsion Laboratory, the author provides stunning insights into how this enthusiastic team of diverse individuals uses a revolutionary onboard laboratory of chemistry, geology, and physics instruments to unravel the profound secrets of the Red Planet.Readers will meet: Robert Manning, chief engineer for every rover mission since Pathfinder; John Grotzinger, the chief scientist of the entire mission; Vandi Tompkins, the software designer who keeps the rover on track; Bobak Ferdowsi, famed "Mohawk Guy" from Mission Control; Adam Steltzner, the Elvis-like Entry, Descent and Landing Lead; Al Chen, chief of flight dynamics and the voice of JPL during Curiosity's treacherous landing; and many others.And of course, Pyle describes the adventures of the Curiosity rover itself, from landing through the first samples, drilling, and discovering a habitable past on the planet, to reaching the ultimate target: Mount Sharp, in the center of Gale Crater.America is once again at the forefront of a new space age and Curiosity is just the beginning of many exciting new discoveries to come.